5 Of The Craziest Patents Ever Filed 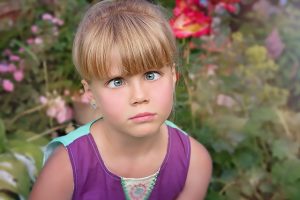 You’d think something that requires a special patent will bring with it something really special. Or at the very least, it will be useful in some sense. But that’s not always the case, as can be seen in the following examples below. You be the judge whether they deserve to get patented or not.

No. 1 – The Flatulence Deodorizer

Believe it or not, there was somebody who actually got the idea for a flatulence deodorizer. It works pretty much the same way a diaper does, but instead of collecting the bad stuff, it “purifies” the bad smelling air when you can’t keep it in any longer. In other words, you can let it rip anywhere you like, and it will end up smelling like roses.

If you prefer glasses, but you hate how irritating the temples of the glasses get after a while, this might be the crazy patent for you.

The trick is to keep the glasses in place using strong little magnets. These magnets are literally glued to the sides of your head by the way.

To all cat owners who have just about had it with their lazy furry pets, listen up. There’s a patent request for an invention to get them exercising. Using a light beam (or laser), you point it at a spot on the floor or wall and watch your cat go wild. Sound familiar?

No. 4 – A Machine To Kick Yourself With

That’s right, there’s a patent request for a device that allows you to kick your own behind. All you have to do is rotate the crank and feel the kick.

It’s nothing more than a piece of wood, seriously. You can read about it here: http://www.freepatentsonline.com/6360693.html