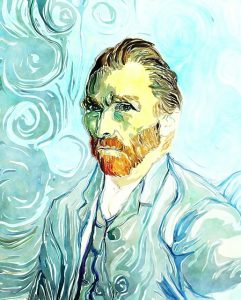 They say that death is the great leveler – after all, once we all shuffle off this mortal coil we are in essence returning to the dust from whence we came – at least according to classical philosophical theory.

However, there are those who attained what they could not find during their lifetime – fame.

Here are five people who didn’t make an impact during their lifetime, but after they had passed away that changed radically.

Born in 1819 the author of Moby Dick could never find that elusive factor which would elevate him to the ranks of other writers. In fact it was only after his death when Raymond Weaver wrote his biography that his most well-known novel was recognized as a work of genius. This was a man who only made around $10,000 during his writing career.

Today van Gogh is recognized as a true genius, but during his tortured life he struggled to make ends meet through the sale of his art. The painter of ‘Sunflowers’ and Starry Night’ died at age 37, having sold only 1 of his paintings.

Born in 1685 Bach achieved some measure of fame as an organist – but was certainly not recognized as a composer. It was only in 1829 when Felix Mendelssohn shone a spotlight on Bach’s sublime piece the “Passion According to St. Matthew” that his fame was assured.

It was only three decades after his death that Henry David Thoreau was recognized for his political writings after Henry Stephens Salt wrote a biography. A far cry from his work in a pencil factory.

Known as the father of hereditary theory Mendel led a humble existence. He worked as a school rector and it was only after he passed away that his work began to receive attention. Today he is viewed as developing the core of the modern genetic theory.