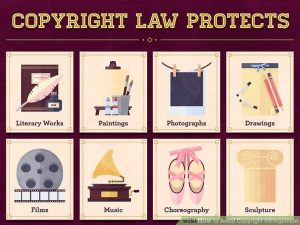 By now, everyone should know that you can’t just steal artistic or intellectual properties that you don’t hold the rights to and use them however you like. The laws against doing so are strict. Although sometimes law enforcement doesn’t always uphold those laws routinely, the blow can be disastrous when and if that hammer falls upon you. Copyright is a serious issue, and because IP is becoming more difficult to manage, laws and regulations are adapting quickly. These are some famous copyright infringement cases that might make you think twice about using something that necessarily doesn’t belong to you.

Ann Kirsten Kennis worked as a model in the 1980s. Decades later, she had transitioned into motherhood. Her daughter sauntered into the house with a Vampire Weekend album called Contra. That album’s cover had a blatantly pilfered picture of Kennis from when she was a model, and so a whopping $2 million lawsuit resulted. Because cases like these are often settled behind closed doors, the settlement amount remains undisclosed and we’ll probably never know how much Kennis got for this serious copyright infraction.

Somehow, people are still realizing that you can’t use music in advertisements without permission to do so. When Adam Yauch of the Beastie Boys passed away, he left specific instructions that the music was not to be used in such a fashion. That didn’t stop a San Francisco startup called GoldieBlox from putting together a creative YouTube video in order to advertise its toys using the song. Ironically, it was GoldieBlox that sued the Beastie Boys upon hearing of copyright infringement allegations, arguing that parody use of artistic endeavors is protected (that’s why shows like South Park and Family Guy don’t have to worry about lawsuits when they mimic content or potentially defame celebrities and everyone else). GoldieBlox lost their suit.

Speaking of parody, it’s always been a hot topic of fair use laws. When artist Jeff Koons created a sculpture based on a photo entitled “Puppies” taken by Art Rogers, Koons argued that his sculpture was a parody. A jury disagreed since the sculpture provided no direct commentary on Rogers’s photograph or its contents. People often realize their best defense with this type of case is parody, but that does not often do the trick in a court of law.

“Blurred Lines” made a lot of money for Robin Thicke and Pharrell Williams, but its obvious resemblance to a 1977 song by Marvin Gaye led to claims of copyright infringement. Once again, it was the accused that preemptively struck with a lawsuit claiming that the Gaye family was arguing copyright for the genre of music as a whole. The Gaye family won, but is currently seeking more monies.

At the end of the day, it’s better to base your artistic endeavours on your own imagination rather than take the chance of ending up in a courtroom for a ridiculous amount of money.