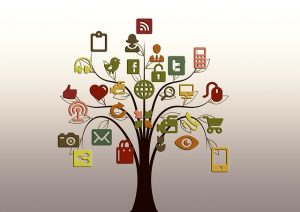 There are many logos created every year, but only a few have stood the test of time and have become an entity of their own.

Here are the five most people talk about.

The swoosh is something that has been seen in the world of sports for decades. It has become synonymous with many sports such as Soccer, Basketball, and Football to name a few.

Various items such as jerseys, balls, and other gear have this logo on it, and people rock it with pride.

The world of technology is vast, and no one has revolutionized it the way Apple has. With their iPhones, MacBooks, and iMacs on the market, the bitten apple is a classic logo.

It is something people pay for, and it has great value on its own.

This is why it is among the best logos.

When it comes to fast food restaurants, there isn’t a better fit than McDonald’s as a logo. The “M” is a classic look that has spread across the planet.

People know what it stands for and have stories of their own that make it famous.

When it comes to news, the red “CNN” on one’s screen is something that is associated with breaking news stories around the world.

They have various local, national, and international journalists working under their name, which is why the logo has spread across the planet.

It is the first name people talk about with news.

A piece on logos without Coca-Cola wouldn’t be just, and it is one of the most iconic logos of them all. It has become a staple of what the brand stands for and is something everyone can relate to.

These are the top five most famous logos that have been created.