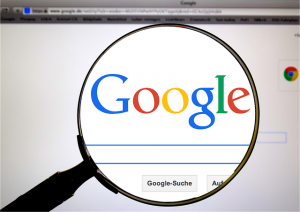 If you want to know what direction a company is going, one of the items you can look at is what patents they have recently filed for or received. We all know Google as a tech-giant that revolutionized the internet. Since their conception, the company has been expanding at a rapid pace. They have spread their metaphoric tentacles into spaces you wouldn’t have imagined. One of their latest ideas to come to life was the Google home system.  In the past, they have also invested in research and development in autonomous vehicles.

Google’s latest investments have once again been in the auto industry. As we previously stated, we have heard of Google doing research on autonomous cars. Since then, Google has filed for a couple of different patents. Both patents are in regards to user safety in the auto industry.

The first patent Google filed for was in 2016. Google developed a sticky concentration that is designed to be applied to the hood of a vehicle. The idea behind the material is that it will catch pedestrians if they are struck by a vehicle. This technology is necessary because sometimes things happen too quickly for a human, or even a computer, to process.

A year later, Google filed for a second patent. The second patent is for a “crumbling” system that will be installed in vehicles. The rationale behind this patent is to reduce the rate of impact of the collision. In turn, this will reduce the force of impact for passengers of the vehicle. How will the car know to start crumbling? Google’s autonomous cars use top of the line data sensors to learn their surroundings. The sensors on the vehicle will determine when a crash is inevitable, the mass of the object or vehicle you are going to collide with, and initiate the “crumbling” system. This technology can be extremely useful in head on accidents.

Why doesn’t Google just stick to what they know? Google, as any other tech company, wants to keep pushing technology forward. They have the budget to afford the best research and development, so why not try to better the world?