Hey Knock-Offs! Knock It Off!

It isn’t the first and won’t be the last that the Brits and Americans get into an ugly battle. While this might not be on the same level as the Revolutionary War, this legal battle without a doubt is tumultuous. 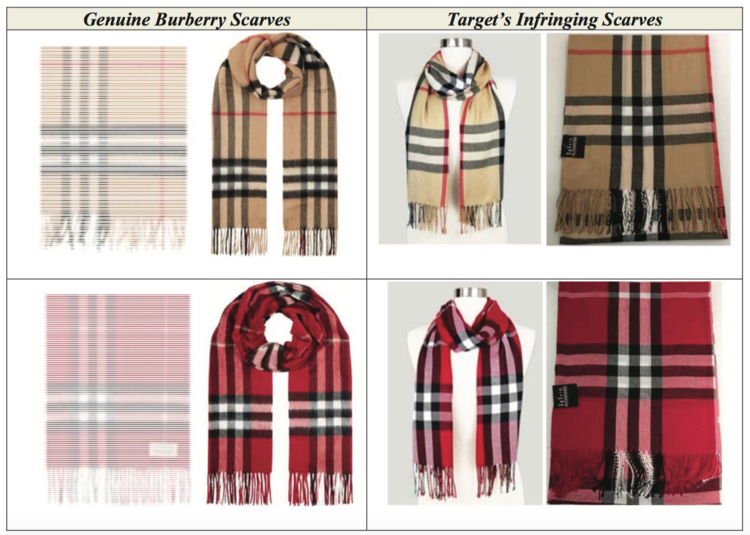 Target was given a cease and desist letter by Burberry noting that is had exclusive rights over the checkered pattern. But this did not stop Target from releasing many products with the pattern including eyewear, luggage, and water bottles. Fast forward a bit and Target just released the scarves pictured above, which drove Burberry to file their lawsuit stating,

“the fact that Target continued its unlawful conduct by selling the infringing scarves within months of receiving Burberry’s cease-and-desist letter … demonstrates Target’s intent to continue selling infringing merchandise without regard for Burberry’s intellectual property rights.”

Burberry claims that Target’s scarves are of an inferior quality to that of their own brand adn will ultimately cause confusion amongst customers and customers will likely be misled to buy unauthorized Burberry products. Burberry also claims that since Target has a reputation of collaborating with fashion designers, it’s not difficult to confuse consumers that these are Burberry products.