They say that the path of genius is often strewn with potential pitfalls. However, in some cases, these pitfalls are really self-created. For many the path to fame and fortune are build on the backs of genius – unfortunately, that genius was not their own.When it comes to appropriating the intellectual property of others things can get very nasty – very quickly.

Here are some examples of why a patent or copyright attorney can be your best protection against the misappropriation of your own intellectual property and hard work.

Vanilla Ice hit the headlines in 1991 when his song ‘Ice Ice Baby’ took both the world charts and the club scene by storm. There was, however, a problem. Mr. Ice did not credit the fact that he had extensively sampled the song ‘Under Pressure’ by Queen and David Bowie. Although he initially denied the accusation he eventually admitted that he had used the samples. The case was settled out of court. 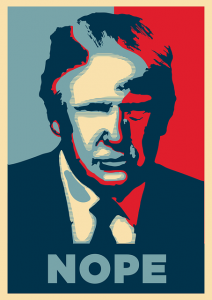 In the run-up to the first election of Barack Obama in the United States, a savvy artist by the name of Shephard Fairey created the now famous ‘Hope Poster’. A simple design using a limited palette of colors it soon rallied voters to the Democratic cause. But the image was based on a photograph taken by Associated Press as one shot by Associated Press freelancer Mannie Garcia. The AP demanded its slice of the proceeds from the sale of a variety of items. Fairey claimed ‘Fair Use’ as the work did not devalue the worth of the original image. The case was settled out of court.

Without a sharp eye and a sharper mind, your intellectual property is at the mercy of those who want to make a quick buck at your (literal) expense. Get yourself a patent attorney to make sure your products are safe.