Poets Who Became Famous After They Died 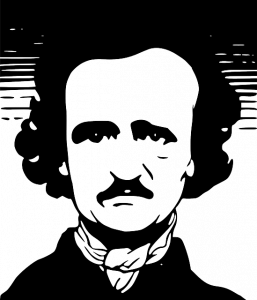 It is a sad fact of life that many talented writers are not recognized for their genius while still alive and this tragedy is only accentuated by recognition long after the person has died. Fortunately, many poets and authors of great literary works have been elevated to immortality and continue to enrich our lives through their work long after they have died. Poets are among those poor souls who, although literary geniuses, often lived dismal lives of non-approval and poverty while they were alive, destined to only become famous after they died. Here are some of those great poets who only became famous posthumously:

Poet and author, Emily Dickinson lived from 10th December 1830 to 15th May 1886 and her work is considered in the world of literature to rank among the best literary works by any female. She is said to have been extremely shy and introverted and lived a reclusive life probably due to a failed romantic relationship. While only eight of her poems were published while she was still alive, more than 1,800 were deliberately kept secret by her as they described her personal thoughts on nature, mortality, and death. After her death, her sister, Lavinia, edited these poems and had them published.

Known as a Romantic Movement writer, this famous American poet and author focused on writing about mystery and the macabre and wrote the first fictional detective story that inspired the genre. The detective character in his novel, Dupin, inspired the creation of Sherlock Holmes by Sir Arthur Conan Doyle. Most of his poems and writings were published while he was still alive; however lack of money and the untimely death of his wife drove him to excessive drinking and to this day even his death remains a real-life mystery. He lived from 19th January 1809 to 7th October 1849.