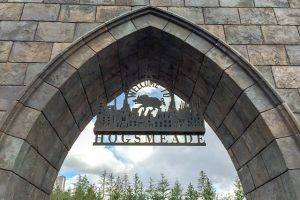 There are two problems with originality when it comes to creative work. One, it is always met at first with the utmost scrutiny. And two, if it is successful, it often inspires less originality in its wake. Developing a purely original thought when it comes to writing a book these days is such a rare thing. Our thoughts and inspirations are obvious sources of other material, and so treading the line between taking inspiration from something and outright copying its concepts to paper can sometimes be quite difficult. In the cases where litigation follows, it may be just as difficult to come to a fair ruling that satisfies all parties due simply to the abstract angle that creativity can take.

Sometimes, however, it is much easier to see when someone may be trying to ride the coattails of success.

“The seven Potter books…have been published in 64 languages, sold more than 400 million copies and produced a film franchise that has pulled in $4.5 billion at the worldwide box office.” A quote pulled from an article on the German website, welt.de. Suffice it to say, J.K. Rowling has done very well for herself since the publication of “Harry Potter and the Sorcerer’s Stone,” once long ago regarded as a children’s storybook, now part of the foundation of a franchise for a fan base around the globe.

In this day and age, Rowling is part of the exclusive “one in a million” group of writers whose work is not only critically acclaimed, but known around the world and able to provide a steady and successful career for her as an author, very likely setting her for the rest of her life. And so it stands to reason that she may want to protect the investment of her time into such work.

In the article mentioned above, Rowling commented, “Many books have been published which offer original insights into the world of Harry Potter. The Lexicon just is not one of them.” A reference to the work of RDR Books and Steven Vander Ark, an encyclopedia chock full of Potter-verse information that covers details from the 7-book, 8-movie anthology – including characters, creatures, magical spells and potions. It is a work that many might see as an obvious rip-off to make a quick buck off the Potter fan base, and one that Rowling herself testified to being, “nothing more than a rearrangement of her material.”

Vander Ark claimed that he was using the information to build a reference guide under fair use, which would allow him to replicate portions of the written work without requiring permission from the copyrighted work’s creator. However, more often than not, to determine fair use, a body of work written in this way would need to be successfully categorized into one of two fields: commentary and critique, or parody. While we don’t intend to explore critically the legal ramifications, it may be safe to say that Vander Ark – who is portrayed as a dedicated fan of Rowling’s work – was very likely not creating a parody with his Lexicon. Which leaves commentary and critique – which requires original commentary. Which is something that both Rowling and U.S. District Judge Robert Patterson apparently thought was lacking.

This is not meant to discourage creativity. Yes, it is difficult to come up with an original, marketable idea to put to paper these days. But, again, there is a difference between taking inspiration from someone’s work and just taking their work. And while Vander Ark’s intentions may have been pure (though still marketable), it still seems more than obvious he was stepping on Rowling’s toes by attempting publication.