What is SOPA and PIPA Legislation? 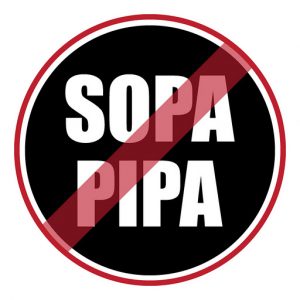 Regulation of the Internet is something that has never come easily for the U.S. and it remains controversial decades after the online playground went mainstream and gained huge popularity and importance. The two main political parties–Democrats and Republicans–often feel differently on how it should be run. Republicans are for regulation that would cater more toward business, while Democrats believe that the Internet should remain free and open for the everyday individual. The latter is necessary for online creativity to continue and prosper as it has for so long, but new laws are currently being written to change that.

The Stop Online Piracy Act (or SOPA) was a House bill meant to help law enforcement crack down on Internet theft of intellectual property. In other words, if you download TV shows or music through the Internet without paying the people who created those intellectual properties, then you could continue to be held accountable with huge fines or even jail time. Even though that sounds good on paper, the bill’s opponents believe it went way too far in what it tried to do.

SOPA would have barred search engines from showing popular piracy websites in their search results or providing those websites with revenue through advertisement space. Court orders could be provided to block those websites, while monetary penalties and prison sentences would have gotten stiffer for those that visit them.

Even though the goal was just, the outcome would have created an undeniable injustice, barring free speech and creativity that the Internet is known for. Efforts to enact SOPA didn’t stop after the bill finally failed in congress.

The Protect IP Act (or PIPA) was a senate bill drafted months earlier and with a similar promise. Proponents thought that it would limit the theft of intellectual properties and protect businesses who create them, while opponents said it would crush online free speech. When it was estimated by the Congressional Budget Office (or CBO) that the bill would cost taxpayers $47 million in five years in new federal employees and enforcement, there was a public outcry and the bill was squashed.

SOPA and PIPA were bills drafted in direct response to yet another failed bill, the Combating Online Infringement and Counterfeits Act (COICA). These bills would have been in direct conflict with newly implemented Obama-era net neutrality laws aimed at preventing Internet service providers from blocking access to certain websites because of their content.

The war against laws that could limit free speech and online creativity is ongoing, even after Trump has voiced his support for such laws and attempted to implement his own. While the road to enacting these kinds of laws won’t be easy, Republicans currently hold all the power after Democrats have failed to pass meaningful protective legislation of their own when they did. Resistance may well be futile, but you never know until it’s over.