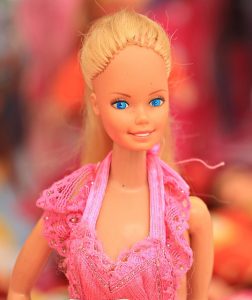 In its simplest term, Intellectual Property or IP refers to inventions of your mind for which exclusive rights are recognized to earn financial benefits from your creations. Favorite IP examples are trademarks, geographical indications, copyrights, patents, industrial designs, and trade secrets.

When you create a million dollar product, preparing it to be introduced to the market, you also need to safeguard your interest in the event some pretty lucrative IP disputes happens. Below are three of the most unforgettable and famous Intellectual Property disputes of all time.

– Adidas America Inc vs. Payless ShoeSource Inc. For almost a decade, Adidas America Inc and Payless ShoeSource Inc ensued a legal battle over Adidas three-stripe logo trademark. In 2009, both parties voluntarily dismissed the suit agreeing to a settlement. Adidas was awarded more than $300 million for damages in the district court but was reduced at the end to more than $30 million due to the economic nature of the complainant’s harm.

– Apple Computer, Inc vs. Microsoft Corporation. A six-year-long legal dispute was filed by Apple Computer against Microsoft and Hewlett-Packard seeking to stop the selling of computers with similar features to Apple’s Mcintosh OS. In 1989, the judge ruled against Apple Computer as the case begun from similarities in licenses. However, it caused bad relations between the giant companies until the year 1997 when both agreed to work together and signed a patent cross-licensing agreement.

– Mattel Inc vs. MGA Entertainment Inc. Barbie and the exotic Bratz dolls Cloe, Sasha, Jade, and Yasmin made some pretty long-standing legal disputes about designs and trades secrets. In a nutshell, a former Mattel employee resigned and created the puffy-lipped Bratz dolls. Mattel then started the IP conflicts in the premise that the designer was still employed by the company when he came up with the design. Claims, counterclaims, rulings, and some reversal of rulings after, the dispute has ended with zero damages to both parties.

The three cases above are just some of the many legal IP disputes that have made waves across the globe. The moral lesson of these stories? Always aim to be protected with your creative designs. Besides safeguarding your immediate concerns, registered IP rights also seek to shield your future financial interests.