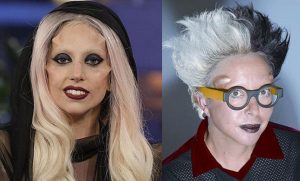 Creating art is difficult. Art is your baby and when you see other people attempting to recreate or steal your art, it hurts. Such was the case for French Artist Orlan. Back in 2013, Orlan filed a claim of intellectual property infringement against pop-singer Lady Gaga. Orlan claims that Gaga drew inspiration from two of her characters from previous art videos and used them in her Born This Way music video.

In the end, the court did not rule in Orlan’s favor. French law states that artistic ideas are not allowed to be copyrighted but does offer some protection of key concepts and innovations. Orlan claims that Gaga used her imagery to ride off her coattails – a term in French called “parasitisme”. The court ruled that the artists occupy different spaces and there is no confusion between Orlan and Lady Gaga (when Lady Gaga was asked about Orlan she replied, “Who’s Orlan?”). The court also stated that Lady Gaga did not benefit in any way from a casual association with Orlan. Orlan also failed to provide any evidence that Gaga sought to take advantage of Orlan’s creations.

Orlan filed an appeal and subsequently lost. Orlan is now obligated to pay the legal fees for Lady Gaga and her management company Universal Music Group. She must pay $12,000 to Lady Gaga and $6000 to Universal Music Group totally $18,000. This outcome is highly disappointing. Here is a great article that compares the imagery between the two artists: https://www.theatlantic.com/entertainment/archive/2013/06/meet-visual-artist-who-says-lady-gaga-stole-her-look/314215/

What do you think? Do you think the courts in France ruled correctly?